A Trip to Fort Augustus 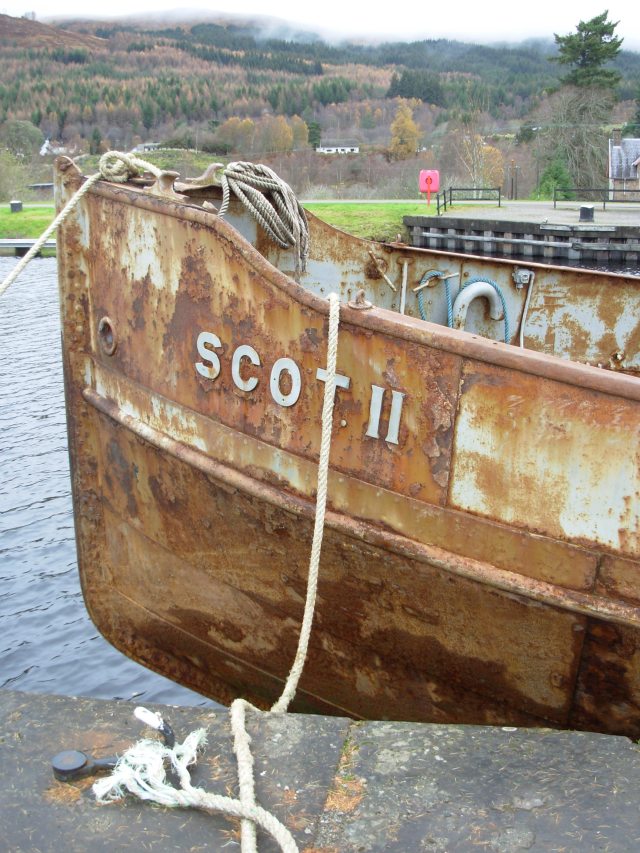 Saturday was the trip of a lifetime, well for a sad wee anorak like me it was!

The journey was to the Caledonian Canal to see the Scot II.

Scot II was designed and Built by Henry Robb’s. Like many of our ships she was a one-off design. She was ordered by the Ministry of Transport as a steam-powered ice-breaking tug.

From 1931-1960 she kept the Caledonian Canal clear of ice and did all the maintenance on the canal. During WWII she kept the canal passable, so also contributed to the war effort. She was handed over to British Waterways during this first spell of her long life.

In 1960 she returned to Robb’s and was converted from steam to diesel. A rare, 8 cylinder Kelvin T8 engine was fitted, the first that Kelvin had ever produced and only two of which were ever made. It is possible that Kelvin made this engine specially for the Scot II. The T8 engine is still in production today.

Between 1961 and 1991 she returned to the Caledonian Canal and continued her ice-breaking and tug duties as well as doing cruises on the canal and on Loch Lomond. She was the best known boat in the Great Glen. 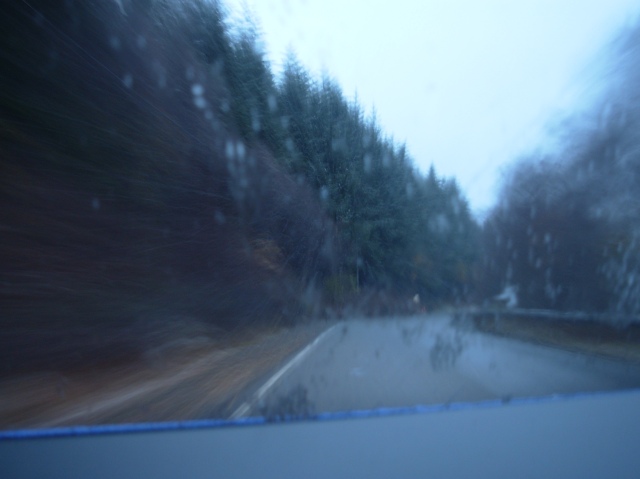 When you encounter weather like this on the road back, only in November, you understand why an icebreaker was needed!

In 1992 she became too costly for British Waterways to keep her cruising so she became a floating restaurant for 7 years at Laggan Locks during which time she deteriorated.

In 1999 British Waterways cancelled her lease and sent her to be restored by people with neither the expertise nor any respect for her historical importance, never mind proper plans, so they cut doorways into her watertight bulkheads, took off her davits, port holes, cut off and redesigned her superstructure with a box resembling a portacabin or a container and successfully devalued her with their “improvements”. She lay in a mess in Muirtown Basin and locals were not impressed at her maltreatment and made quite a fuss about her.

So she was sold in 2005 and it looked like she was finally to be restored properly when she was sold to a new owner in Doncaster whose conditions of purchase included her restoration. She was taken to the Isle of Bute and then moved over to Ardyne Point where she sunk for 10 months, causing much damage to her port side. When she was raised she was put on a swinging mooring on the Kyles of Bute, but then deemed a hazard to other shipping, so dragged up on the beach on the Isle of Bute and left to rust.

In 2009, Dan Clark, who has known the ship since he was a boy, and whose father, James once captained her, tried again to purchase her (he had tried to do so in 2005 as well)  and this time was successful. He has already begun work on her, and a few weeks ago brought her home to the Caledonian Canal.

Scot II is now the only boat from the Henry Robb’s yard to be on the National Historic Ships Register and is the most historic boat left on the Caledonian Canal and you can imagine how amazed I was to hear that she is still around. This was why I took the trip.

There is more than a little work to be done, as you will see in future posts, and Dan is fighting hard to raise funds for the work, so if you would like to help out in any way, please email him at: savethescot2@hotmail.co.uk.

Chatting with Dan on Scot II

There have been articles in the press (e.g Scotland on Sunday 24th October). STV are visiting in the next few days, so keep your eyes open for that, and I will let you know if I hear in advance when they will be screening their piece on her.

Further articles will follow with more details about her and about Dan’s work on her.

For myself, I am still blown away by having actually stood on and touched such an old Robb’s ship, and from having met such committed men with such a will to see her back to her former glory as a living museum, but above all, as a working ship, and a part of the community to which she belongs, more of which also in later posts.

6 Responses to A Trip to Fort Augustus